Yayyy! They meet again. They are such eye candy pair too beside her w/ Mik. I didn't watch their first lakorn together since it was definitely not my genre of lakorn, even though I really like them together. I'm hoping this is a romantic comedy or revenge lakorn at least! Not action again plz!!!! Steph other new lakorn w/ Wier is already romantic comedy, so hope this is a different genre.

Oh she has two coming up now? Nice. Louis isn't my favorite but I agree that aesthetically they're pretty compatible.

Oh they'e rumored to be in this lakorn. The title sounds very romantic but sad in a way "Nai Keun Nao Sang Dao Yung Oun" In a cold night the starlight is still warm
Y

TubbyTinker said:
Oh they'e rumored to be in this lakorn. The title sounds very romantic but sad in a way "Nai Keun Nao Sang Dao Yung Oun" In a cold night the starlight is still warm
Click to expand...

It does sound romantic! Hope they'll be confirmed soon!
A

Can anyone translate the summary?


Lew or Lawita a famous model became scandalous when news broke out that she was heartbroken from her boyfriend and tried to commit suicide. She survived that attempt but ended up having amnesia of the man she loved, like a part of her life was missing. This causes her to go and try to regain those memories back. She decides to go to Chiang Khan, a small town in northern Thailand where her and Traipob met and worked together. It was a quiet place where Lew was able to escape reporters bombarding her about her suicide attempt. That quietness turned into loneliness for her. She gets nightmares during the night and she feels deep down inside, danger is after her.


Pawat, a piano teacher, was heartbroken from his love from his step-sister, the girl who he can’t love. Since his heart wasn’t strong enough, he took off to mend his heart in a little town called Chiang Khan.


A homestay called “Lom Nao Dao Oun” (Cold Wind Warm Star) welcomed Lew and Pawat to the town and dramas and incidents followed thereafter. Between a girl with amnesia and a cold and aloof guy that detest people who don’t love themselves, at first these two didn’t get along but later pity and empathy turned into love. But the problem is she has a boyfriend whom she forgotten about, plus her mysterious nightmares and dreams she’s been having, which both will work together to find the truth.


If I were to guess, her cause of amnesia probably came from her boyfriend or someone from her boyfriend’s side that didn’t want these two together. The genre for this is drama suspense and they already started filming a couple of days ago. Other cast includes Chap Varakorn and Noey Paphada.
Y

Omg. Thanks for the summary! Sounds so good!!!!

Uhhh I'm always hesitant with amnesia plot lines, 90% of the time it drives me up the wall but I like Steph and Louis is watchable, there's hope. 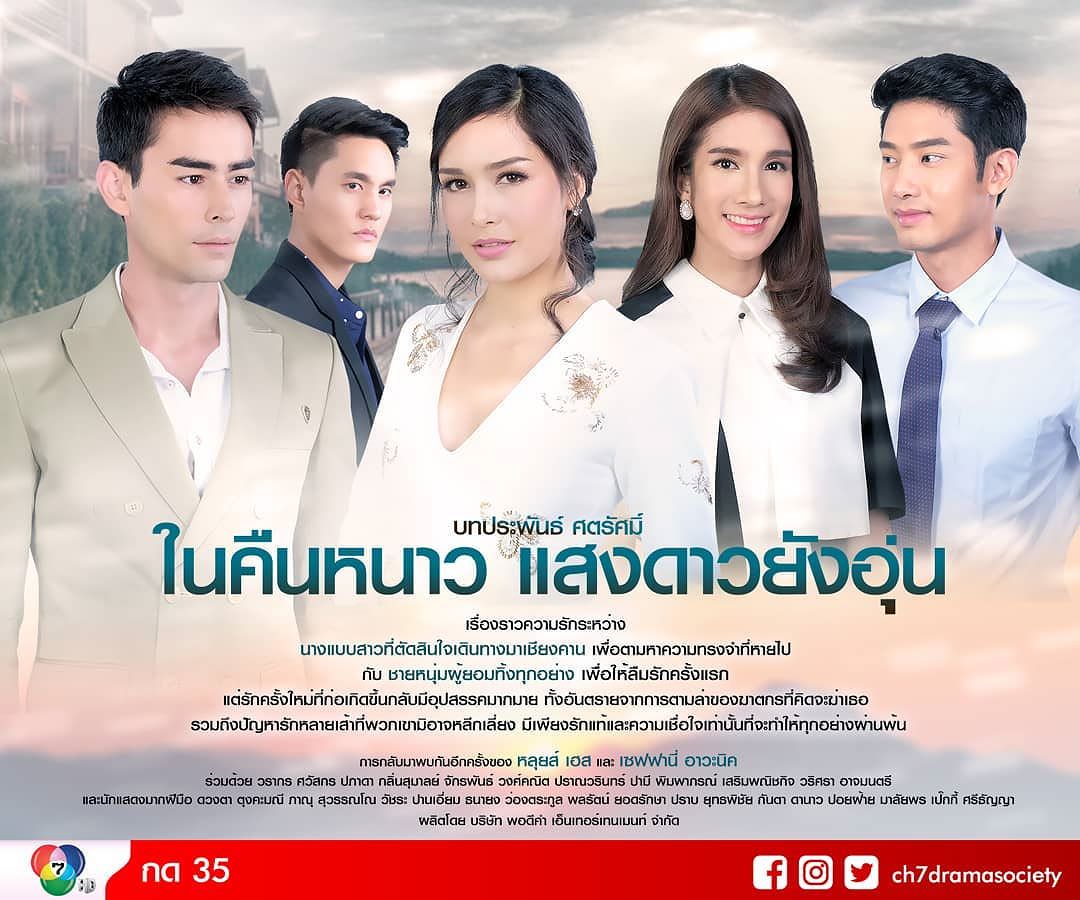 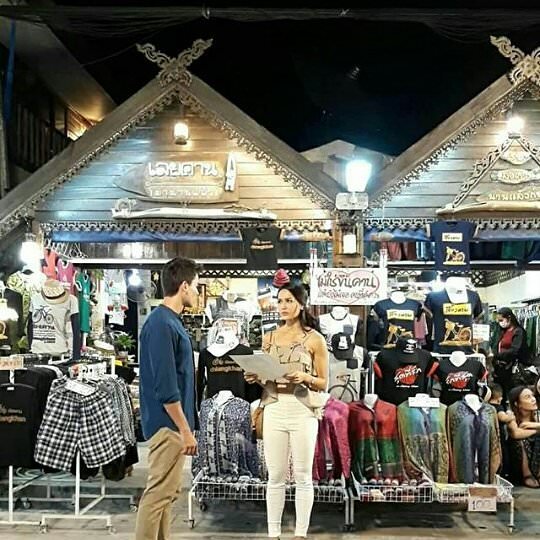 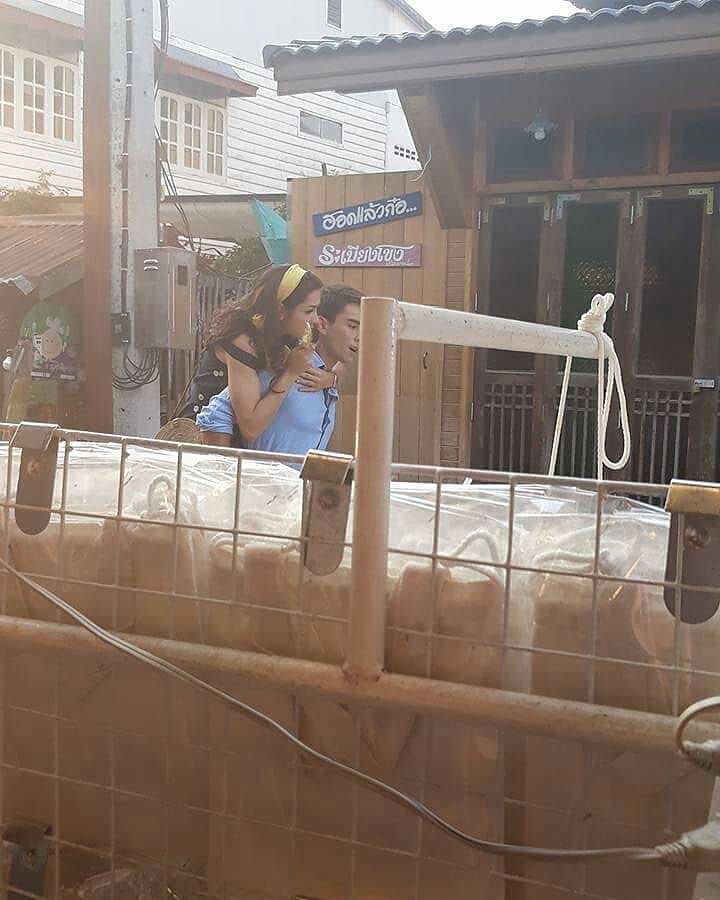 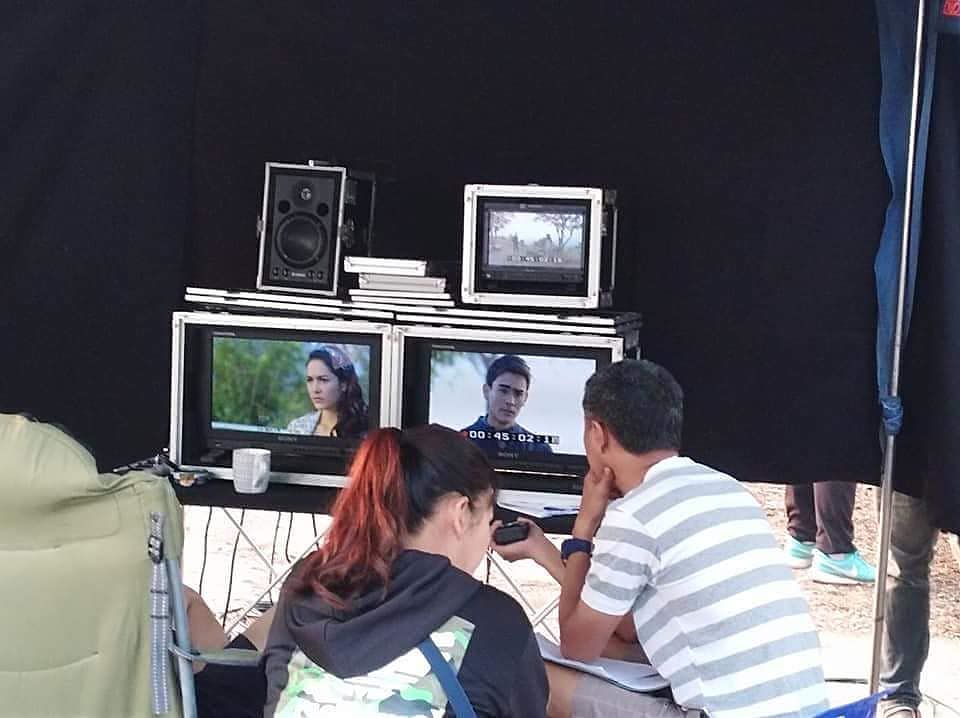 I swear Steph always has the prettiest makeup and wardrobe in her lakorns! Louis and her are so cute together! I loveeee how this lakorn is filmed in Chiang Kian village. It makes this lakorn seem so romantic! In my heart I secretly wish Mik was praek, but I like Louis too! I can't wait for Steph laKorn with Weir to start filming. Hope soon!

The poster is pretty. Excited by how fast they started filming after this was announced.

You know I'm excited for a lakorn when I be posting updates of the filming lmao! So far loving Steph's wardrobe. 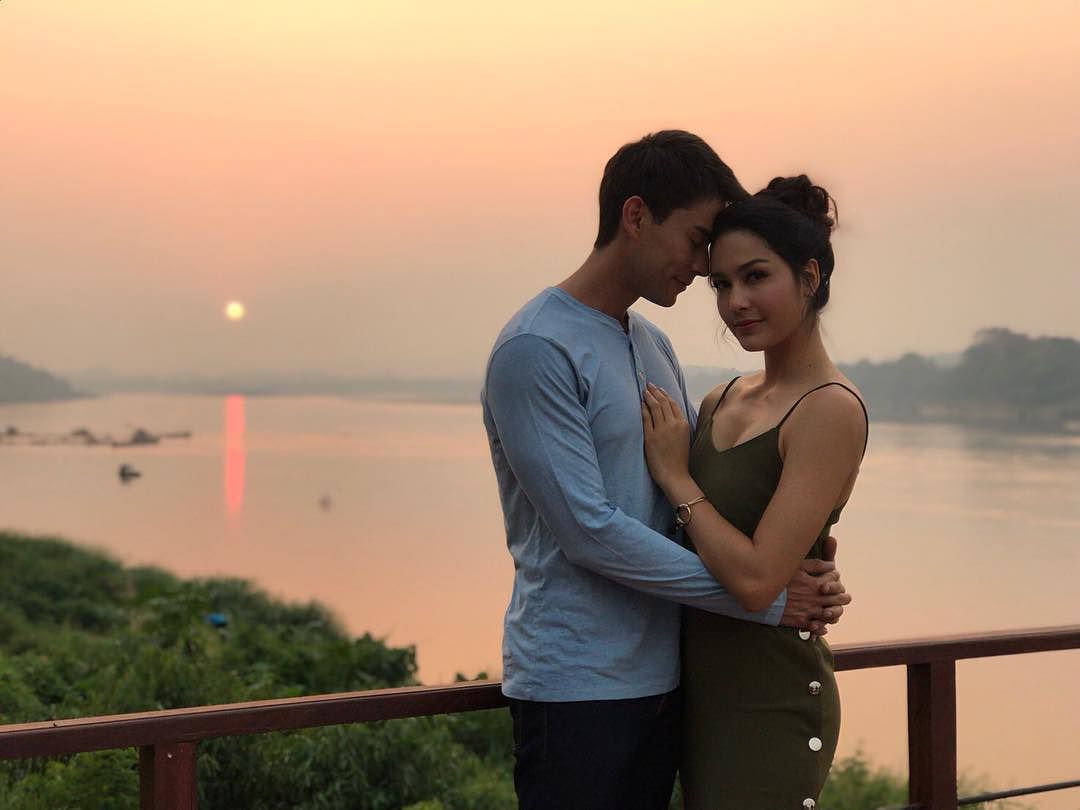 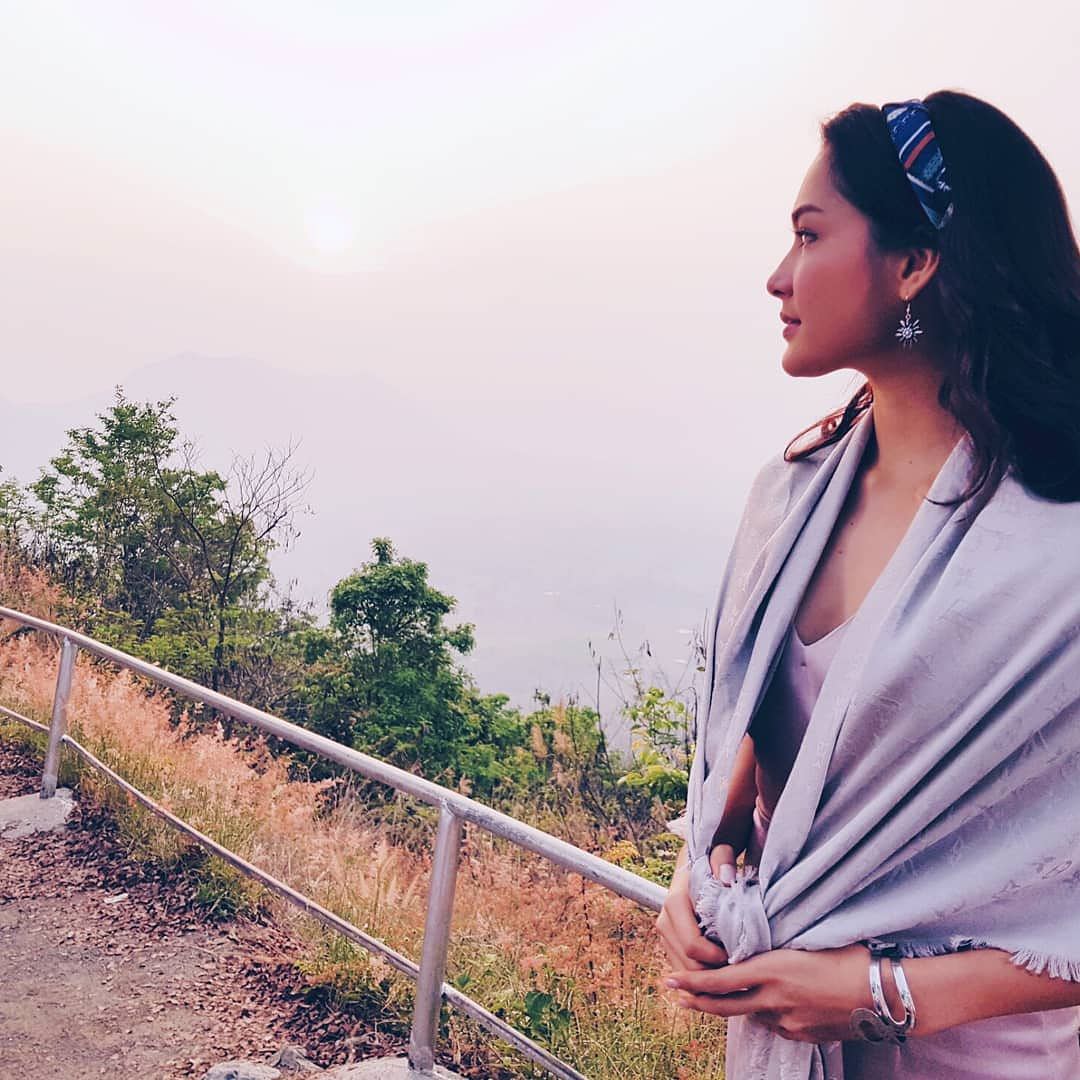 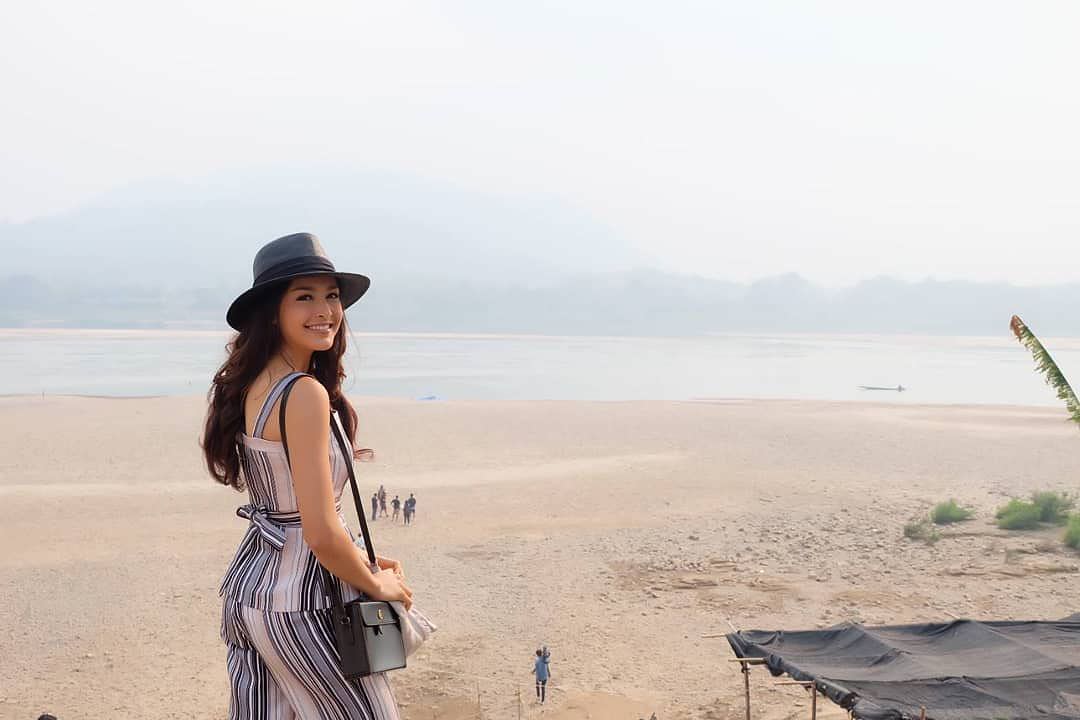 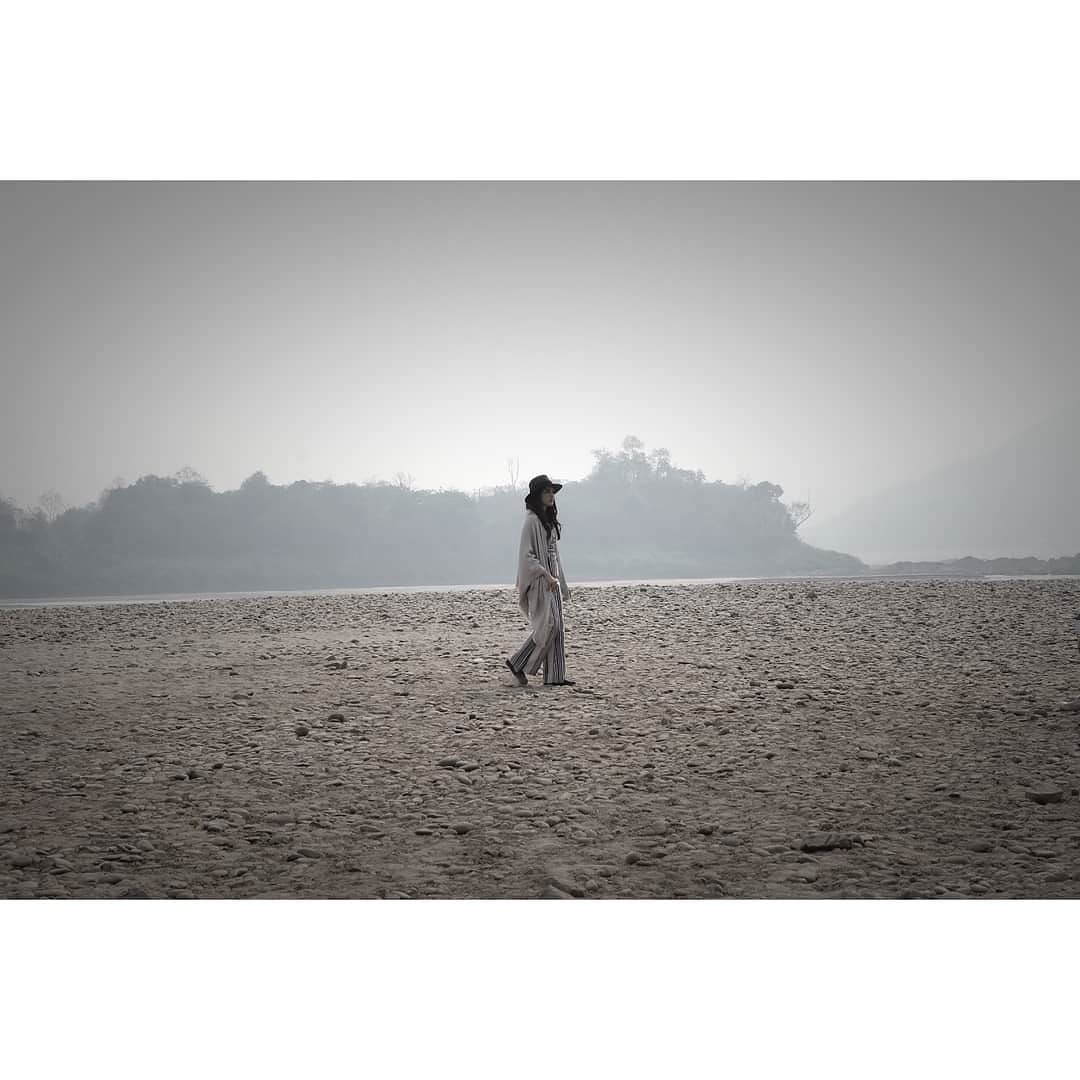 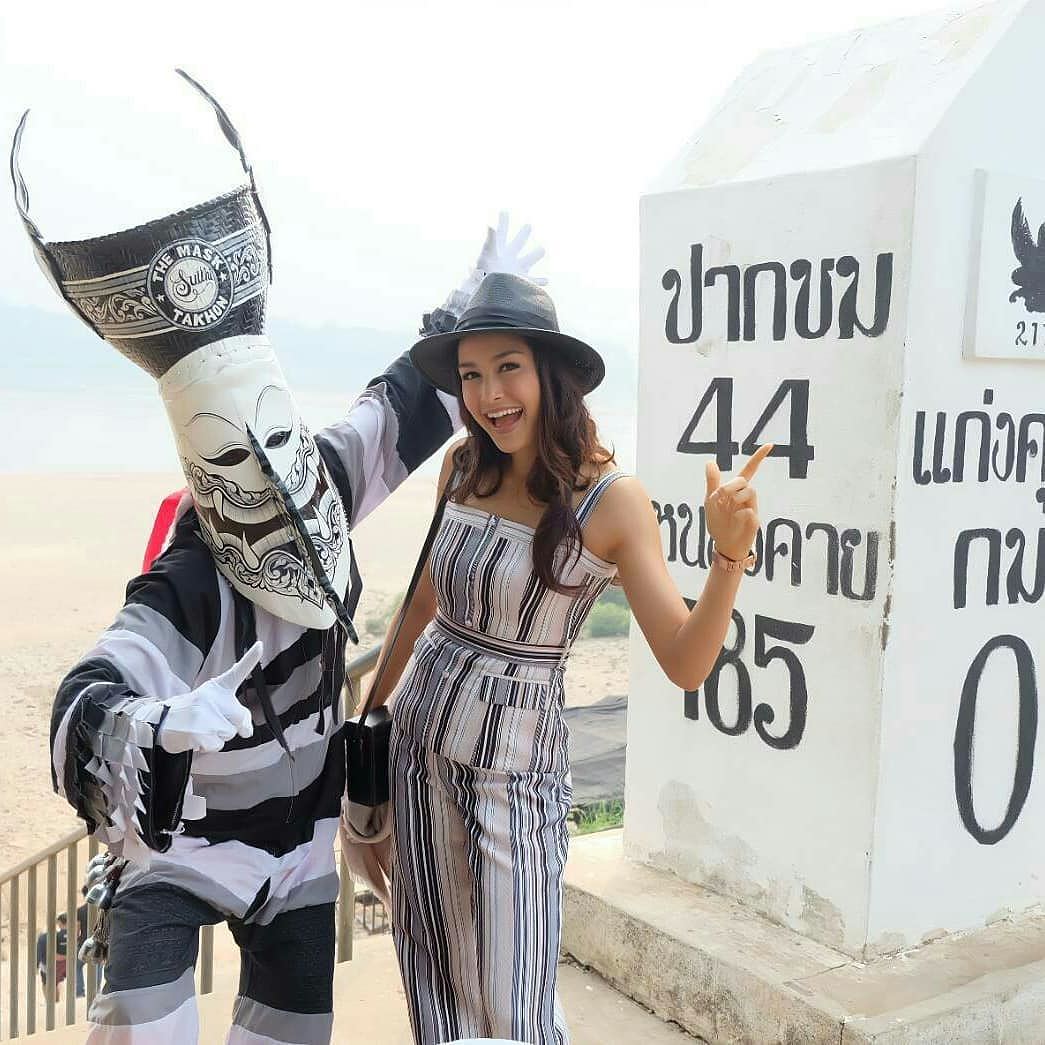 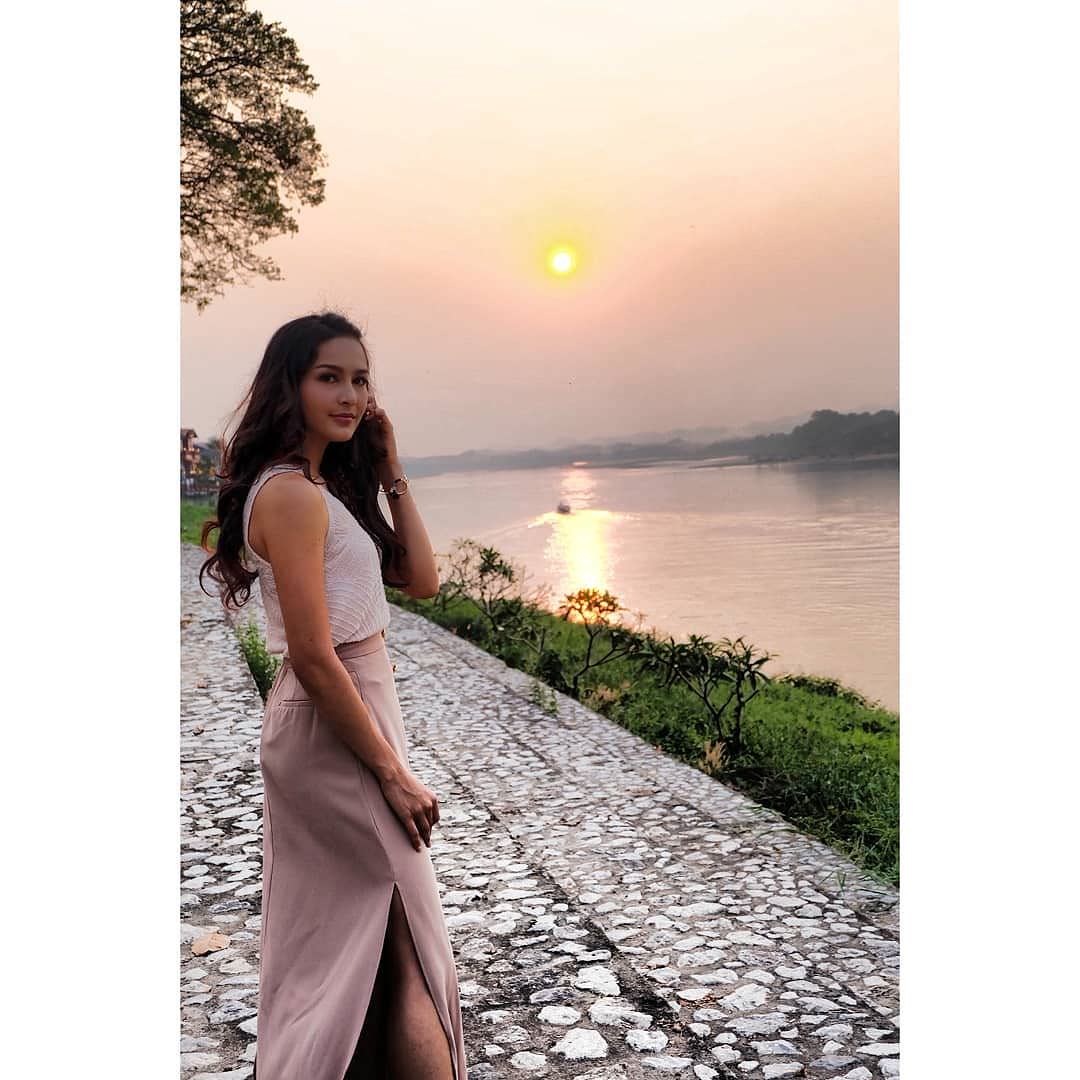 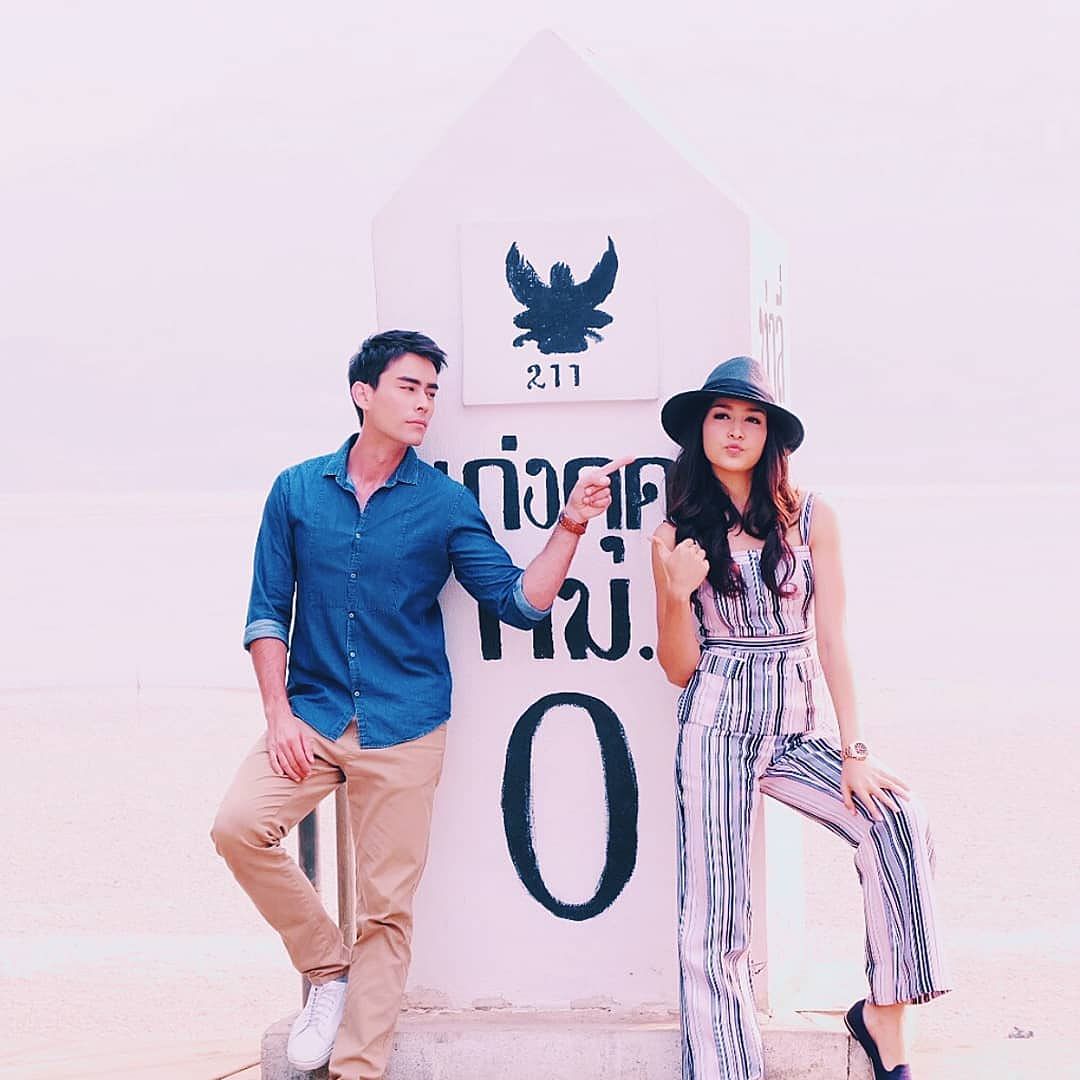 Seriously, she is so prettyyyy
Y

Omg. All those photos are a tease! Soooo romantic! Steph is so gorgeous!!!! She looks so much more mature with that updo in the photo with Louis! I still can't believe how young she is because she definitely doesn't look her age.

by the way, the production is Pordeecom 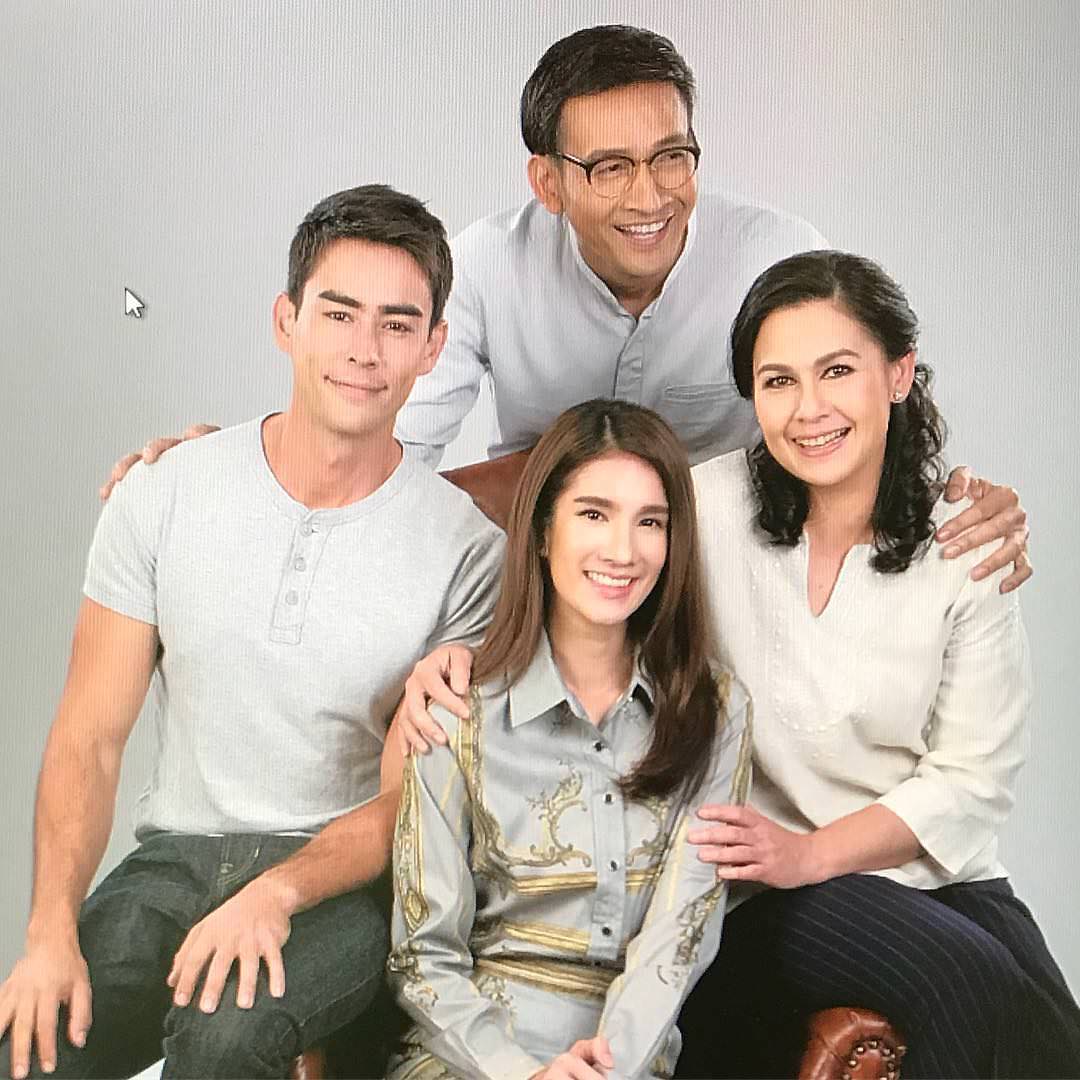 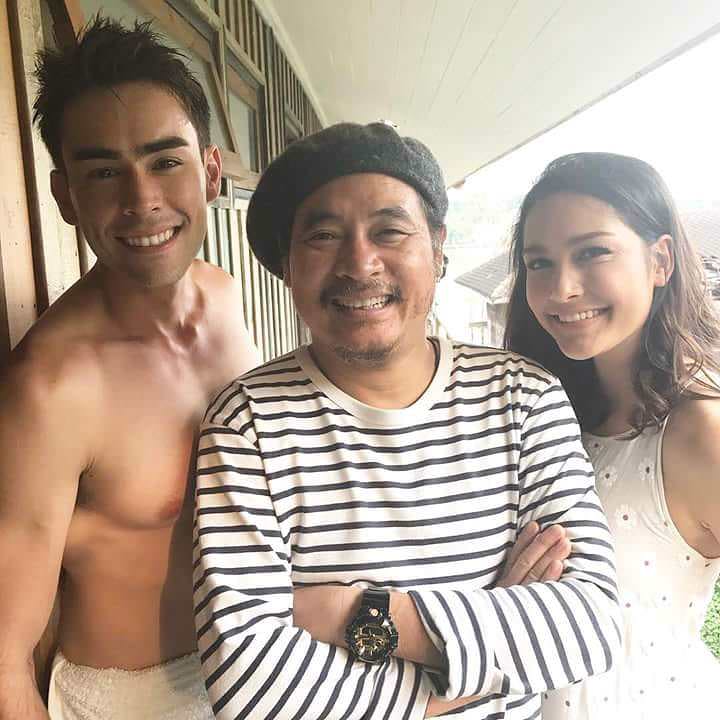 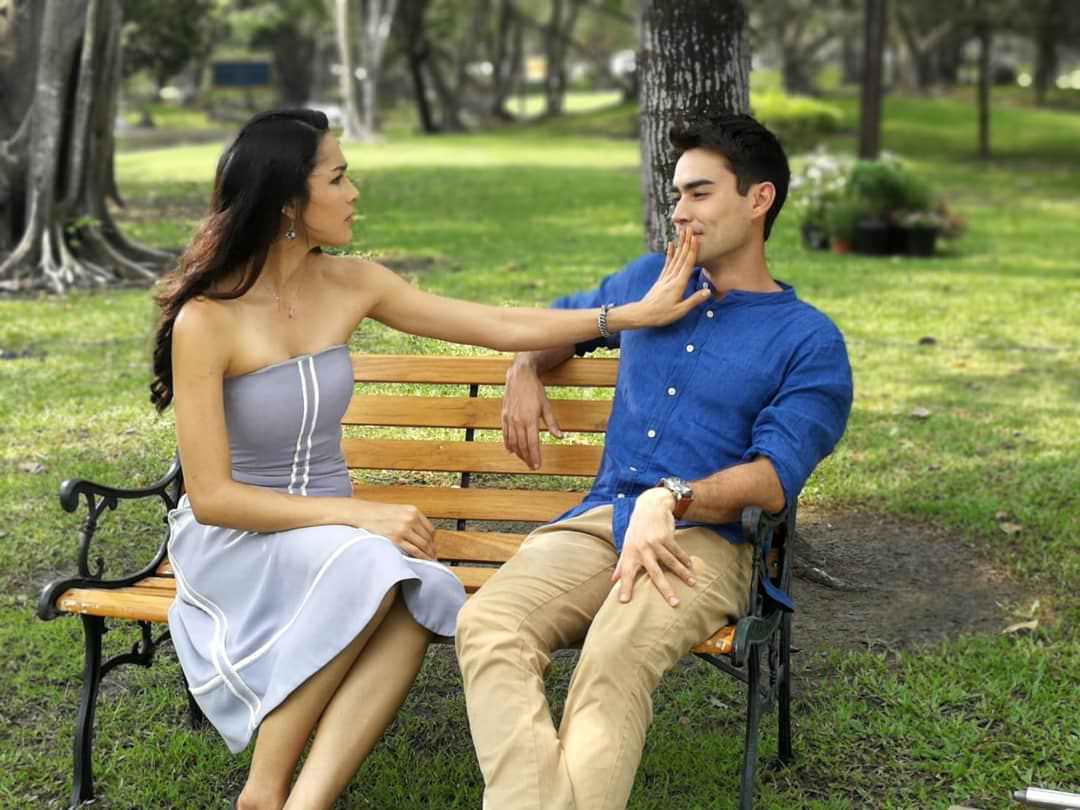 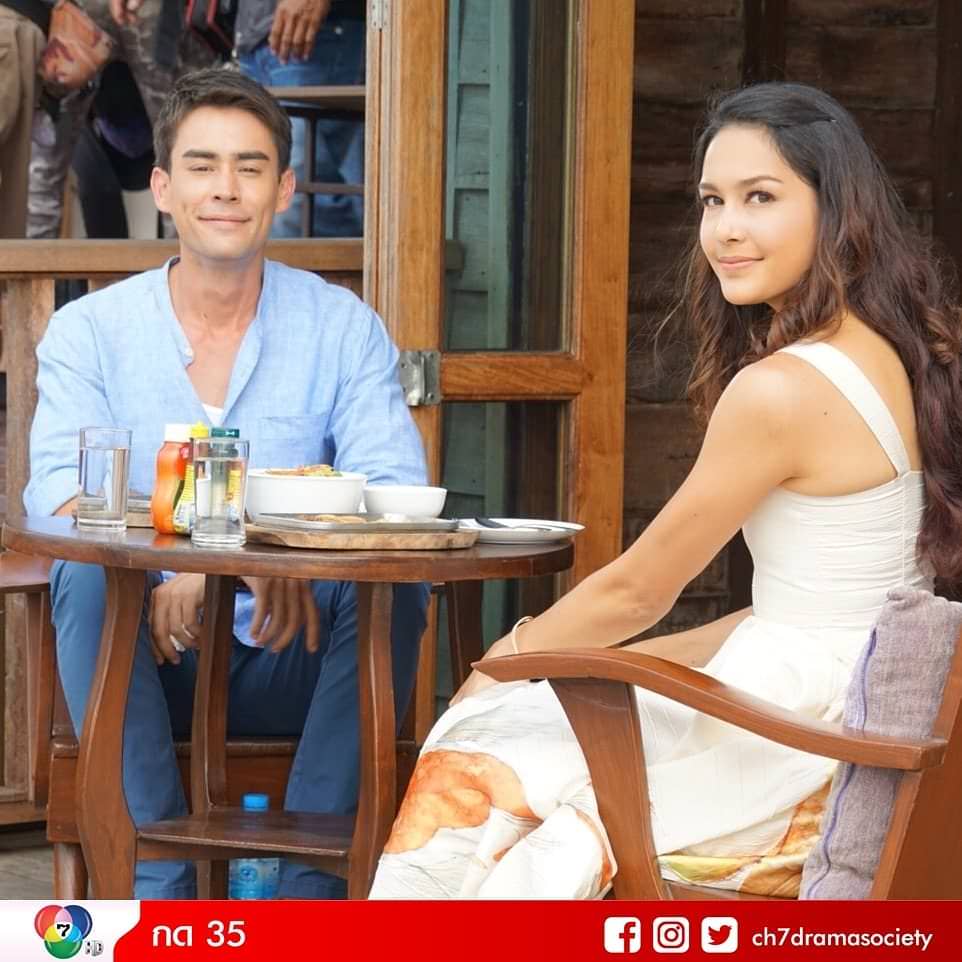 I think most of Steph lakorns or recent lakorns have been for Pordeecom! They're a decent production - one of Ch7 better productions. I mean I like them bc they created Mik-Steph koo kwan and they always have the best wardrobe for Steph as well! Talay Fai was not the best lakorn, but it wasn't bad either because they had so much skinskip for the leads. Then the series one wouldn't have been a horrible lakorn if the director focused in their love story! Hopefully this lakorn will be promising as it looks from all the BTS and synopsis detail! Steph and Louis are such a beautiful and eye candy pair!
Y

I hope we can see this lakorn soon, because Steph is on FIRE with her sexy wardrobe & I want her to starting filming the lakorn with Weir too!!!! Saw some new BTW photos on IG & Steph just keeps getting hotter in all the photos that's been released!
Y

I never watched Hak Lin Chang - their first lakorn together because the genre wasn't my taste. I FF all the all episodes and skipped to find Louis and Steph scenes only, which was very minimal sadly! Loved the few kisses that Louis sneak from Steph, super cute! His kisses for her are so sincere, makes him even hotter! Totally loved the kiss they both shared at the beach together - it was so real, tender, & sweet! It definitely was 99% action & 1% romance. It's Steph kind of lakorn forsure she loves being in action & active, but I hope she stays away from those role/genre. Lol. I love Steph being hi-so/feminine & all glammed up! I'm glad that they have this new lakorn together, which is focused on romance to make up for it!

I noticed that Steph has been paired up with Mik & Louis back to back... Mik, Louis, Mik, & Louis lakorns. It's a relief to know she'll have a new praek finally (WEIR)!!!! I want to see her with Om & Mike.. I don't know who else besides that, because Steph has such a mature and sexy look I can't see her with newcomers like Bank who looks like a kid! Lol.
You must log in or register to reply here.
Share:
Facebook Twitter Reddit Pinterest Tumblr WhatsApp Email Link
Top