Let’s just say they cut out a lot of the sweeter moments that we all wanted to see for Thi-Na. This happened for the confession scene in the backyard and the bedroom scene after the confession scene. We kind of got cheated on when it came to Thi-Na’s romantic parts. Quite disappointed but at least they shared the clips with us so whatever really. 555
G

Tbh, I'm quite disappointed with the last episode don't like how they put all the "sweet" scenes (so little of them too imo) in the last ep when the ep is not even that long.

Just staring into those eyes, warms my heart. ♡

roselovesice said:
Let’s just say they cut out a lot of the sweeter moments that we all wanted to see for Thi-Na. This happened for the confession scene in the backyard and the bedroom scene after the confession scene. We kind of got cheated on when it came to Thi-Na’s romantic parts. Quite disappointed but at least they shared the clips with us so whatever really. 555
Click to expand...

Those were just behind the scenes stuff

Overall, I like the ending compared to most endings. It was satisfying in that it fit Thi-Na personalities which makes it a perfect ending. I love their drunk scene at the pub and how Nuan and Lerk knows their BFFs so much. Na's "Oppa" and Thi's crazy drunk laugh was hilarious. Then how he got her to him at the beach was a sweet action loaded surprise exactly her style. The twist at the end was a really nice touch too. I could go on and on about them.

I find Krit to be so stiff, I almost want to jump in and massage his shoulders for him to look more relaxed, but maybe that's how he really look like. HAHA And yea, I didn't care for Krit and Ya scenes. Nothing exciting there.

It's kind of sad how they killed off Wiset but he was a cheating bastard. Now that I think about it, they actually killed off all the cheating husbands/bfs in this show and kind of justify the mistresses' roles as if they apologize and realized their faults then it's all gravy and forgiven, it seems.

Ch3 need to air more 5days/wk lakorns. I'm in favor of this schedule. It really helped me look forward to my weekdays even though I have to go to work! haha

Sigh...time to catch up on Bpoop Phaeh Saniwaat.
M

Overall I’m satisfied for the most part. I love how genuine and funny the ending was even though I wish there was more episodes. I’m not ready to move on, it was the only thing that motivated me through the week and now how am I going to survive the week. Do you guy have any recommendation of a next Lakorn? Now I’m going to listen to their ost until I can move on.

Wow. The FINALE ratings...
https://www.instagram.com/p/Bg8QaCohEYe/
Forgot to mention...this was my first time ever watching an evening lakorn...555
P

Now I am waiting to see a second season where we get to see the triplets hahah. I loved this lakorn, even if I do not agree with the whole plot about Ya, and I am going to miss it a lot! I hope we see Bua and Pop in another lakorn.

Lol yeah Na said she wasn't triplets. Girl, that is hard on your body, no matter how fun the "homework" is. Hahaha.

koojin said:
Wow. The FINALE ratings...
https://www.instagram.com/p/Bg8QaCohEYe/
Forgot to mention...this was my first time ever watching an evening lakorn...555
Click to expand...

Talking about Judo, y’all don’t know how many times I’ve complained about him to my sister the past 31 episodes. He fits well with his character, but his stiffness was so distracting whenever I saw him appear onscreen. He’s not ugly but his acting was quite an eyesore. No offense.

This lakorn, how each character went about everything, totally fit well with their characters. That’s what I really enjoyed about this lakorn. They didn’t change who they are as the lakorn progressed. Na didn’t get all weak when Thi was mean to her after the reveal. She stood her ground and continued to stand up for both herself and her family. We understood each characters and the reasons for their actions. I mean, I don’t agree with the actions they took but we could see why they reacted the way they did. Krit and Ya, no offense, were the most unnecessary characters but without Ya, our pra’nang would’ve never met but that’s not entirely true either. She met him before she entered the Sutharak household, so there was a chance of them meeting again. It’s possible in lakorns. 555

It was enjoyable lakorn. Love leads' chemistry. There were some funny moments. This is one of those rare lakorn where I feel great sympathy for the antagonist!! I will definitely miss Thi and Ya. 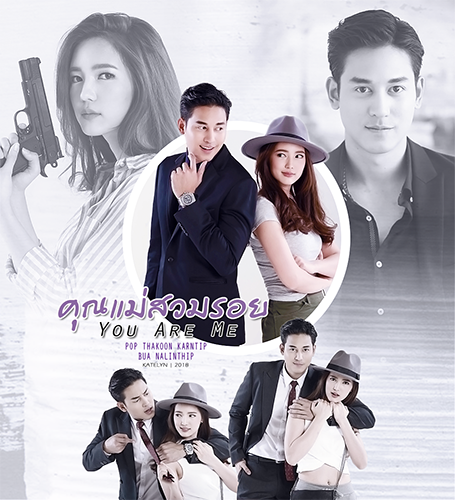 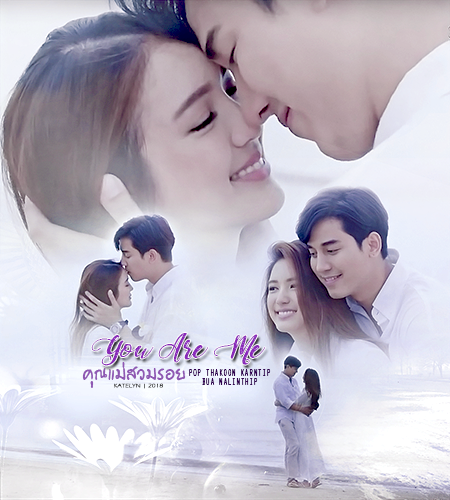 I’m not that happy with the ending , I mean itsss too short Thi/Na , I want moreee ahhaha!! But well it’s a happy ending so , I’m okay la ^^
Hoping to see more Pop to play the main lead , cuz he deserves it , same goes for Na ( forgot her real name ) >__<
Anyway , it was fun to be here in this group ^^
Hoping to see some of u in James/Tae thread ^^
And special thanks to the best subber: NekoMeow <3

Katelyn said:
It was enjoyable lakorn. Love leads' chemistry. There were some funny moments. This is one of those rare lakorn where I feel great sympathy for the antagonist!! I will definitely miss Thi and Ya.

Included the BTS someone posted here in my latest mix! Since wish they would've aired some of cuts closer to the BTS because they look cuter lol

This was enjoyable to watch. I haven't watched thai drama in a long time so was surprised to enjoy it. I saw Pop in Ann T's production with James and Kim and thought he was really handsome. This is my first time watching Bua and she was also very good. The storyline didnt drag on and the characters weren't too stupid like other characters in Thai drama. The last episode was funny.

I just started this lakorn today and I am very impressed with Nat. The actress is so good at expressing Nat's emotions, from suppressing her hatred and anger to showing the good side of her. Nat may be the villain, but I love her character. She is very complex and very human to me, which is something I like to see in lakorn. The character that I dislike the most, as you can guess is Ya, the older twin who was the mistress. I really, really cannot stand a character that is overly nice or too kind for no reason other than for the plot.
You must log in or register to reply here.
Share:
Facebook Twitter Reddit Pinterest Tumblr WhatsApp Email Link
Top