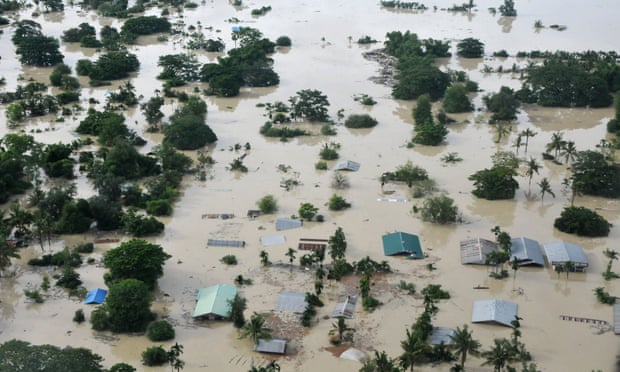 Myanmar (or Burma) has been suffering from the recent flood disaster. This flood can be regarded as one of the worst disasters in decades. Most of the cities in 10 out of 14 States (or Divisions) are already under water now. Reportedly, up to 150,000 people had been displaced or had their livelihoods affected due to this terrible flood. More torrential rain is expected in the coming days according to weather forecast. This status has been posted in order to create the awareness for this flood disaster in Myanmar and let all countries across the world know that flood victims are in need of help for their survival and rehabilitation. Moreover, people in disaster zones are dying everyday due to lack of food, clean water and basic necessities for life. For people in Burma, you can check this website http://www.myanmarflood.info/ for more information and donation. 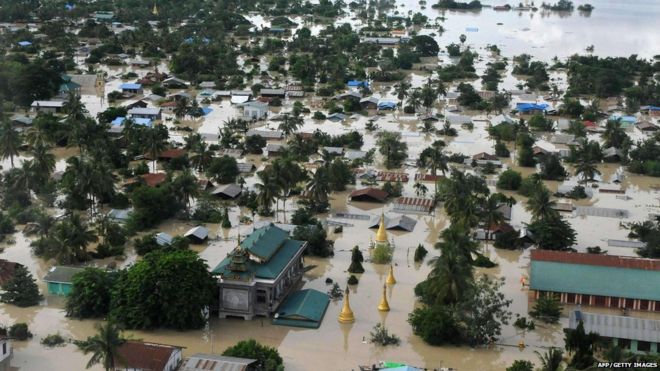 If you don't mind please share to your community

YANGON, Myanmar: Myanmar's president has declared several regions of the country to be disaster zones, as forecasts of heavy rain for the next few days have heightened fears that already dire flooding in many parts of the country will get worse.
An Information Ministry announcement late Friday said President Thein Sen had issued an emergency declaration covering Magway and Sagaing regions and Chin and Rakhine states, some of the areas hardest hit. The announcement did not specify what practical measures would be taken, but said the action would help restore badly affected areas.
Thein Sein had been coming under criticism, especially on social media, for not doing more to deal with the emergency. On Thursday, he urged Cabinet ministers to go out into the field to supervise flood relief operations, saying that since July 16, some areas of the country have become inundated by heavy rains that destroyed farmland, roads, rail lines, bridges and houses. Roads from central to northern Myanmar have been especially badly affected.
Heavy rains have caused severe flooding and landslides over much of the country. The government's Relief and Resettlement Department estimates that between 67,000 and 110,000 people have been severely affected by flooding, particularly in the Sagaing region, and Kachin and Shan states, accounting for 21 deaths in July.
There is particular concern about Rakhine state, where a tropical storm was moving from neighboring Bangladesh. The situation in Rakhine is considered especially dangerous, because more than 100,000 internally displaced people who fled their homes due to civil conflict in recent years live in poorly built and badly situated camps.
Earlier Friday, Myanmar's meteorological department warned citizens to prepare for more flooding as the Ayeyarwaddy and other major rivers were rising to dangerously high levels. 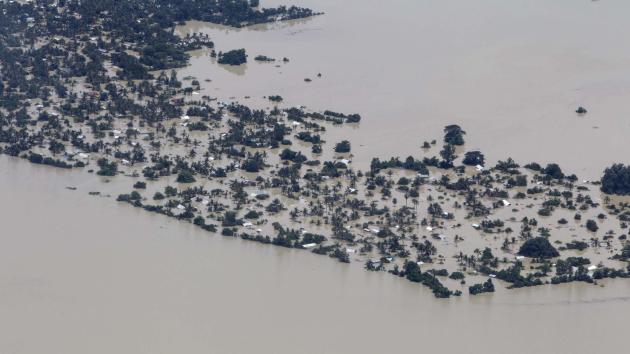 Omg..seriously, they nearly under water!
S

OMG thank you for this thread. I knew about the flood but never knew it's like this. You know looking at these pics reminds me of Uttarakhand flood in 2013. It was one of the worst disasters. Whole region washed away, houses, buildings nothing remained but one old temple was safe and few people inside the temple. Rest everything washed away. It was miracle.
Hope they all get help. Will pray for them. UN help them soon