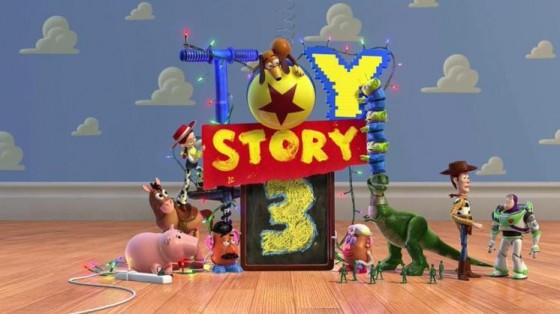 Pixar returns to their first success with Toy Story 3. The movie begins with Andy leaving for college and donating his beloved toys - including Woody (Tom Hanks) and Buzz (Tim Allen) - to a daycare. While the crew meets new friends, including Ken (Michael Keaton), they soon grow to hate their new surroundings and plan an escape. Directed by Lee Unkrich from a script co-authored by Litle Miss Sunshine scribe Michael Arndt. ~ Perry Seibert, All Movie Guide

i watched toy story 3 3D last night at ten in my hometown theater and it was awesome. i was not disappointed at all. it sure cost alot to watch in 3D in the imax theater but its worth it. this is a must watch!
U

This was such a great movie. I think I like it better than the 2nd one. I watched it in IMAX 3D and it was just superb. The storyline was great and my favorite characters are doing what they do best in executing plans to escape. I'd recommend this to everyone. Pixar movies are great.

Loved this movie so much. I feel that it was better than the 2nd one. I found myself tearing up during the movie. It teaches you to cherish what you have and to not give up.

I loved this movie lol the ending made me cry.
K

How wonderful life is, now you’re in it. ❤️