pim and captain UHT make this lakorn together
http://www.daradaily.com/news/41764/read/
and Capatain will be the director for this lakorn

Song Ruk Songh Winyarn (Two Loves , Two souls)
it is a remake lakorn from Tanya , but I dont know what was the old name of this lakorn.
Genre of this is a Ghost Comedy lakorn

Happy to see Beam in another lakorn!~

woot! i like all the actors in this one. i hope the storyline is good.
T

Great to see Katreeya English on Exact ! I miss her very much!
L

I've never heard of the original, but based on the title, I thought there'd be some soul-switching. I'm guessing not?
S

you are right, it will be soul-switching beetween beam and teng saksit
L

Beam and Tang switch? I'd like to see that. Officially on my list to watch out for.
S

I've raed on Pantip website that this will on air after Leh Ratee. I hope not soon! Dont wanna that LRT end
S

Kat English interview about this lakorn by Thairat 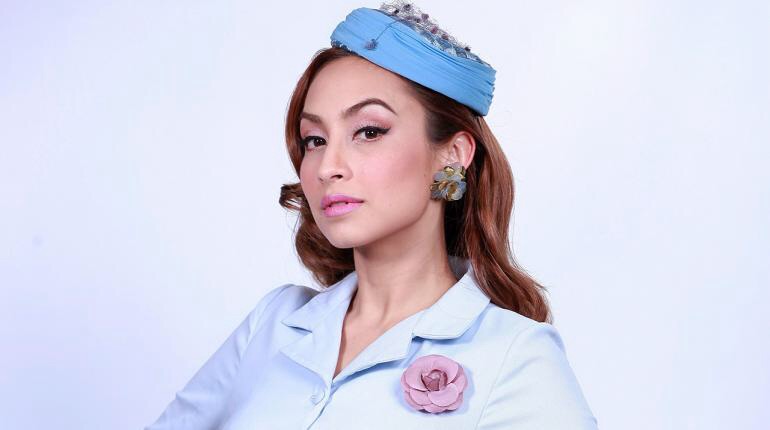 I'm so exited to see Katreeya on screen again. I've missed her! The last lakorn I watched of hers was the one with Chakrit.

And it's nice to see Pim and Captain working together. I really liked them as a couple.

Does anyone know more to the storyline besides Beam and Tang switching bodies??

love beam so much , i am big fan ofD2B  so i should support him  anyway , idid not know the old lakorn but it seem good lakorn , bytheway kat look so classy and beautiful ,hope it will be good one

actually if i understand it  correctly  , one hd announce this will aired on 22 april

Is this a lakorn? Or a sitcom?

Anonymous<3 said:
Is this a lakorn? Or a sitcom?
Click to expand...

I've started watching this and it's really good. So the younger couple is in modern day time, and they went to rent the big house for a really good price since no one lives in it because it's haunted by Katreeya and Tang. Tang then goes into Beams body and becomes a playboy while Katreeya goes into the other girls body (don't know her name) to help stop both of their husbands. I guess Tang was a playboy in the period time, and Katreeya is his jealous wife, lol. The typical comedy lakorn, imma watch this since I seriously need a comedy break. I encourage you guys to check it out because it's really worth watching.
L

Yep it's really good, so this is a spoiler:
Katreeya came home to see Tang with the two prostitutes making out, she then gets a rifle to shoot them, she chased him around the house and when she shot the gun, which wasn't directed at him, but he slipped his foot and fell down the stairs, hitting the back of his head and that's how Tang died. She rushed to his side and had a heart attack, both of them died side by side. They were haunting the houses until the maids moved out, her younger sister inherited the house for her, and she had someone catch both of their spirits in the painting. Kat then cursed that her younger sisters husband becomes a playboy, and that if she had a child, her child would become gay.
Modern day time, and no one dares live in that house now. Her younger sisters son lost his business so he decided to go back and rent the houses to beam and his wife. He tries to experiment that if they were able to stay in that house for three months, then he would rent it to others for a more expensive price. Hope that makes sense.

They better have a good moral or serious ending to this especially for Tang and Kat because it pains me to see how selfish Tang is towards Kat. He has never repented, remorsed, or learned from his mistakes, IF, we can even call them mistakes, since he obviously doesn't find an issue with cheating, even as a ghost and his cheating ways is going to ruin a perfectly loving couple like Beam and Peak.

Omg. Tang better redeem himself or he better do something to convince me that he truly loves Kat but then it's a comedy, who am I fooling? Haha.
K

This lakorn start out not so bad.
T