​
Title:  กามเทพออนไลน์ / Kammathep Online (part 3 of 8)​
Also known as: ​
Duration: TBA​
Genre: Romance / Comdey​
Popularity: TBA​
Air time: TBA​
Broadcast network: Channel 3​
Broadcast period: TBA​
Theme song: ​
​
Producer: ​
Director: Mai P.wat.P.​
Screenwriter: TBA​
Company Name: Broadcast Thai​
Author of the Book: ร่มแก้ว ​
​
Cast:​
Namtarn Pichukkana Wongsarattanasin as Praewproud​
Ken Phupoom Phongpanu as Rome​
​
Summary:​
Praewprao stands firm that she won't choose a guy who only look for looks, because she was heart-broken from her first love for the reason that she had bad teeth. Even though she has became a beautiful girl now. She has mission that is online match maker, and her nick name is ugly duck. Prao meets an old grandpa whose name is Uncle Panda. The man makes her have good feelings all the time when she talks with him. And Mike, a genius guy who is her first love comes back to her, and have behavior as a stalker. He follows her for flirting, and Rome a lawyer is pulled into her life that makes her life a disorder. When it has many people in her mission, how is a ugly duck like Praewprao supposed to manage her life? The most important thing is her heart. It shaken for one of these guy.

Summary Credits to: Krisayaporn​
​
***Info:*** ​
They have the fitting already. ​
The opening ceremony is not February 11,  2016. K'Nong said she want to film four part of the series first before the opening ceremony.​
All the couple in each part have their fitting today on February 3, 2016.​
​

Thank you for making a separate one from the others, so it won't be so confusing and unorganized
Anyways!!! Gosh I can't wait!! I miss them so much !! Ken has like 4 upcoming lakorns including this one . And for namtarn ... ummm she's pretty much just waiting for ken ..lol

OMG looking forward to this! Ship this two
S

:scratchhead2: you ship them too?

VILLNAN said:
OMG looking forward to this! Ship this two
Click to expand...

Step said:
:scratchhead2: you ship them too?
Click to expand...

I too ship them. Wish they have better script than first.

Yeah I want a better script than their first one. The storyline was kinda weak but their chemistry was on point haha. I need a serious plot for these too! A slap and kiss is even better hehehe. Hoping this one will turn out better than DKD but I'll watch this even if it isn't, because Ken and Namtarn is irresistibleeee.

reposting some photos of fitting if you all don't mind.. hehe ! Enjoy! 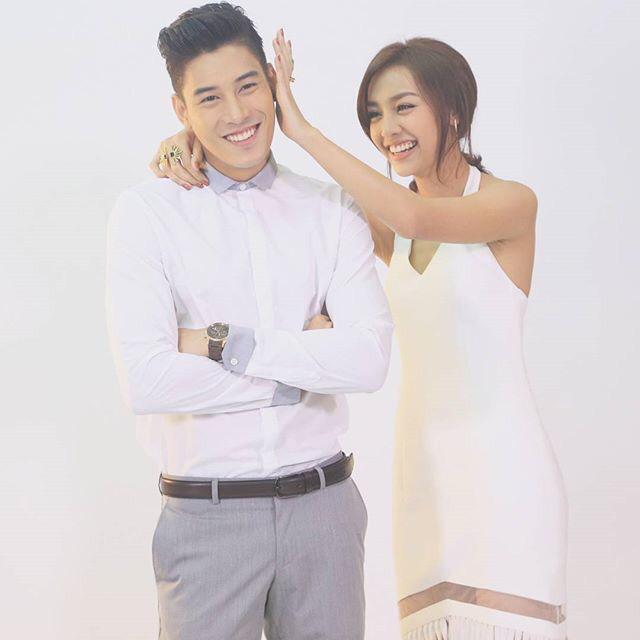 Ken and Namtarn were together 3 days. Idk its for a magazine or an event

Awww their hats are too cute! I love these two so much! They always manage to make me smile, their subtle friendship is too precious, when are they going to start filming, so far Namtarn has nothing lined up so she should film her individual scenes first, *sigh*, everyone looks so good.
D

Prakaidao said:
Awww their hats are too cute! I love these two so much! They always manage to make me smile, their subtle friendship is too precious, when are they going to start filming, so far Namtarn has nothing lined up so she should film her individual scenes first, *sigh*, everyone looks so good.
Click to expand...

They already stared filming already. Not this part but Cirs part already. I post some photos on the set in her thread. Namtarn, Cheer were there filming in Cirs part.
P

Oh really? I thought it was just Cris and PJ filming, but it would make sense for the other girls to be in there too, lol I wonder how this one is going to turn out. Hopefully the storyline doesn't get boring.
L

Ken went to visit Namtarn at the hospital.They look really cute together.

Awww he's so sweet!!!! Poor girl, never can get a proper vacation, too funny. Ugh seeing this makes me so happy! I love them so much!!!!!!!
S