K-pop legend hints at comeback "Ur Man Is Back" SS301! {Updates}

SS301 Says “Ur Man Is Back” in Comeback Teaser 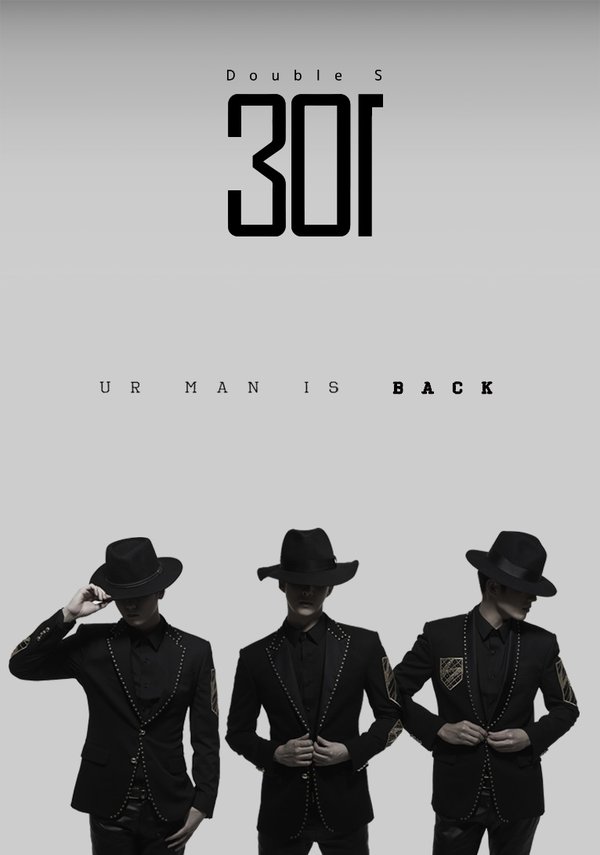 SS501‘s Kim Hyung Joon, Heo Young Saeng, and Kim Kyu Jong are set to make a unit comeback!
On January 14 at midnight KST, their agency CI Entertainment revealed a teaser photo for the trio’s long overdue return. SS301 debuted as a unit in 2008 with the single “U R Man.”
In the black-and-white teaser shot, the three members rock trendy suits and black hats with rims covering their faces, leaving fans curious for details about their comeback concept.
Any release dates have yet to be announced, but the teaser suggests that something is “coming soon.”
Meanwhile, other SS501 members Kim Hyun Joong and Park Jung Min are currently serving in the military.

Although the members faces were not revealed in teaser images, CI Ent teased "U R Man Is Back," alluding to the 2008 hit song by SS501 project unit formed by Heo Young Saeng, Kim Kyu Jong, and Kim Hyung Jun.
Kim Hyung Jun and Heo Young Saeng are represented by CI Ent, while Kim Kyu Jong is currently signed to B2M Entertainment.
CI Ent did not yet announce Double S 301's upcoming promotional calendar.
The name, Double S 301, is the transcribed pronunciation of SS501, altered to represent the group's member loss.
Double S 301 is also a nod to SS501's official fanclub, Triple S.
SS501 leader Kim Hyun Joong and power vocal Park Jungmin are absent from the promotions.
Kim, a successful actor and solo singer in his own right, is currently serving in the South Korean military while amidst a court case determining custody of his child.
Park is also currently serving in the military, and has released numerous solo albums since the group's hiatus in 2010. He also has pursued an acting career, and appeared in multiple Korean and Japanese dramas.
SS501 debuted under DSP Media in 2005. The group rose to fame as international stars following Kim Hyun Joong's role in "Boys Over Flowers," and SS501's "Because I'm Stupid" is one of the most recognized songs from the hit drama's soundtrack.
The group went on hiatus in 2010, but never formally disbanded and the members have collaborated in the past few years on a variety of performances.


If you were one of the many who missed SS501, you'll be glad to know that a sub-unit is headed your way!

Under the name Double S 301, three members, Heo Young Saeng, Kim Hyung Jun, and Kim Kyu Jong, will be returning soon with 'Ur Man Is Back,' the perfect title for fans to eagerly nod their heads along to.

K-pop legend hints at comeback after regrouping as SS301 Although it’s not a full reunion comeback as many fans had hoped for, three members of veteran idol group SS501 have hinted at a comeback after re-branding themselves as SS301.
The trio recent released an ominous poster online with the title “Double S 301”, along with the words “UR MAN IS BACK,” causing many fans to squirm with excitement. The teaser poster, which is in black and white, features the three group members posing mysteriously while wearing dark hats and blazers. In response to the teaser, many fans discussed the group’s past hits as they anticipate the group’s comeback.